Pither: Qualifying gains the next step | via Supercars.com

Fresh off a career-best solo race result, Chris Pither has set a target of improving the qualifying speed of his #22 Coca-Cola Commodore this weekend.

Team Sydney cashed their chips in early at the first half of the Darwin doubleheader, with Pither using a soft-soft tyre strategy to charge to fifth in the opening race.

That included executing fine overtakes on both Shell V-Power Racing Mustangs in the dying laps.

All season, Pither has set the simple task of improving round-to-round, and they certainly ticked that box last weekend.

“We’re not going to make changes overnight and go to the front of the field; it’s going to be a process but so long as we’re making gains and moving forward it’s all good and we definitely did that for the weekend,” he told Supercars.com.

“Saturday’s result was a really good confidence booster for everyone and it was nice just to be further up the field and making some passes.

“I enjoyed it, everyone was pumped.” 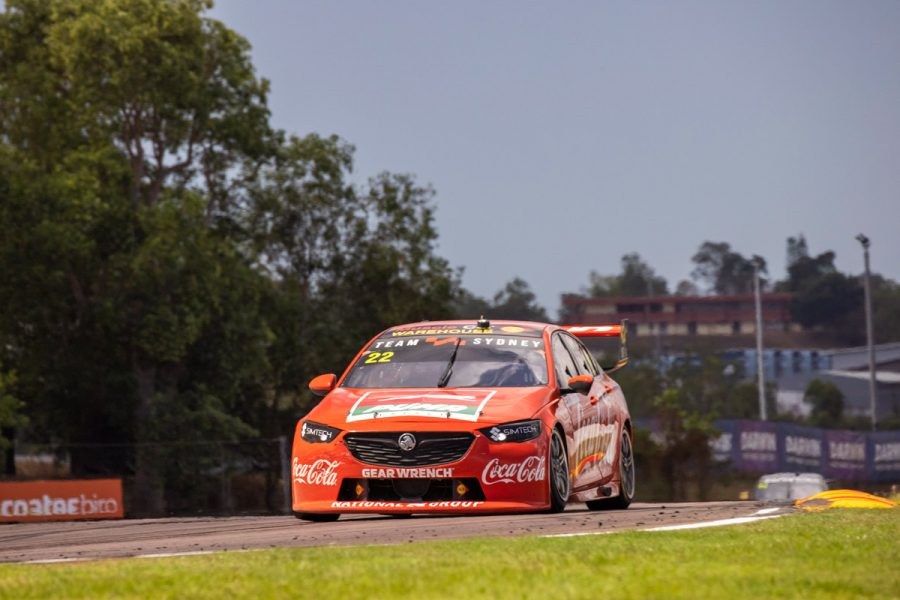 The 33-year-old believes the extra week of preparation opened up by the delayed running of the Triple Crown round was beneficial, and now he’s eyeing more success at the CoreStaff Darwin SuperSprint this weekend.

Besides strategic calls, there were positive signs in that both Team Sydney cars legitimately progressed to Q2 in Saturday qualifying.

Pither still thinks there’s more to come on that front, too.

“We actually learnt a lot over the course of the weekend and some of the things we maybe weren’t game enough to try in the middle of the race weekend, we can now implement them for practice,” he said.

“Qualifying, to be honest, I was a little bit disappointed with it because in Practice 1 and Practice 2 we were actually probably a bit more competitive than where we ended up in qualifying, so I feel that’s an area we need to try to focus on and improve.

“I believe our race pace is more competitive than what our quali pace, so if we can qualify better, I’m more than confident that we can race further up the field.”

Pither will take part in the rookie-only session starting 8:20am local time tomorrow, with the first full field practice set for 8:55am.